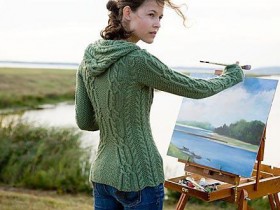 Picking up the thread and needles can make their own hands a variety of fine products, some of which are different blouses. Moreover, these products can create a completely all-season and all-weather. For this we need only to choose the right appropriate to this occasion thread, and needles of appropriate diameter.

How to knit a sweater knitting needles: tips and little secrets

The process of creating any model cardigans via spokes can not be considered extremely difficult and time-consuming, especially, if you learn how to do the calculations for the corresponding dimensions of the future web and learn a couple of secrets, telling how to make a beautiful future of the product and the corresponding size of the future owner:

Various models of jackets huge amount. This delicate product and warm winter, short or long sleeves, with buttons or without them, and so on. Below is a look a couple of different models of knitted sweaters spokes.

Sweater knitted with needles for girls with short sleeves

The following model is perfect for the spring season, since it is created from one hundred percent cotton thread. 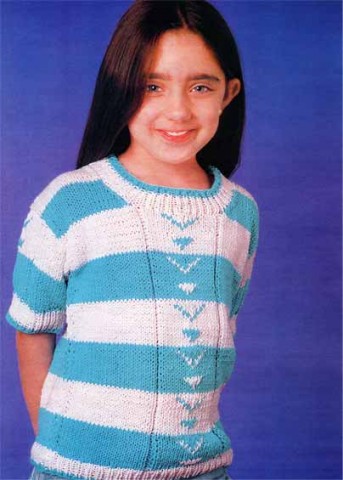 Let us examine a detailed description of the creation of this product on a girl 8 years old:

In the wardrobe of every woman should have at least one blouse with buttons, made in classic style. Consider one of these models, knitted blouses buttoned by means of spokes. 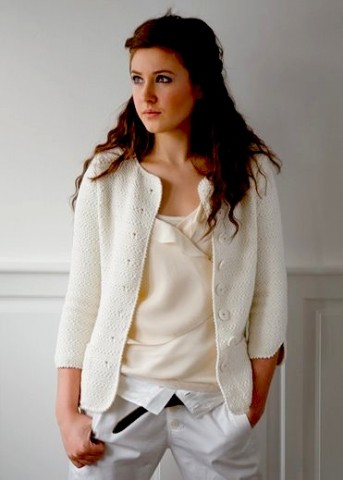 Run this model will be a force without exception, as the basis for her paintings quite simple drawing:

Driving the creation of knitted sweaters for women with buttons next:

Another example of knitted sweaters spokes with buttons presented in the following video below:

Models knitted sweaters so much, that if you wish every season, you can create yourself something new and straight from the tin and thus always look fashionable and stylish.