Types of loops in crochet – How to Knit a Loop Hook 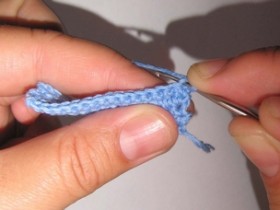 The basis of any crocheted make various kinds of loops, each of which has its own name and designation, and in crochet. In the arsenal of this type of needlework has more of the following main loop:

Let us consider each of them separately:

primary loop It called loop, with which all the knitting begins. It is as follows:
Working thread, located on the left index finger of the hand is caught by a hook (and the hook must be entered under the thread on the right side) and jumped on him. Then, the hook is rotated downward and to the right, so that the thread wrapped it up and its ends intertwined. After that first primary loop is ready.

moving loop, so called because, that its size is well regulated. With this eyelet ring is typically, It is the beginning of work at provyazyvaniya circle, square or other geometric shapes. Make a loop in two sliding below the following ways::

The finished moving loop provyazyvayutsya bars without sc, or any other, and at the end of a series of tightening the noose usually pull, pulling the thread end, not to leave a gap in its middle.

air hinges They are part of the chain knitting initial, and with their help vyvyazyvayut variety of complex patterns. They made very easy. In the case of knitting braids, which is the beginning of knitting, first is the initial loop, then the worker thread for easy provyazyvaniya jumped on the index finger of the left hand, and then captured thread hook and an eyelet is passed through a first. Likewise made and following aerial chain loops. 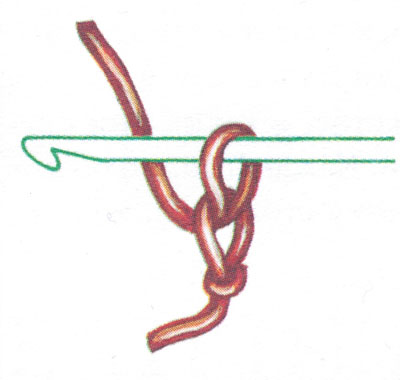 lifting loops. These loops are the same aerial loops. They provyazyvayutsya at the beginning of each row to lift the. This is to ensure that future web has a smooth and beautiful land, and not tilt to one side.

Coupling loop It is most commonly used to connect the end of the previous series and the start of the next Circular knitting, as well as to connect the separate parts of knit products. Fit it as follows:. The hook is threaded into the loop of the previous row, It captures the working thread and stretch it through the loop and the loop, located on the hook. Connecting loops are also often referred to as connecting rods or polustolbikami. Polustolbiki also used in a variety of patterns. For more details how to knit a connecting loop will tell the next video:

Elongated loop or long loop. These loops are most commonly used, as decoration articles, as a border or fringe. With the help of long loops can make a pompom, In addition, they are often used in knitting toys, rugs and even knitting sponges, and if you do them with a fixture in the web, the loop will act, as a component of various interesting patterns. In this way, elongated loops can knit, both at the beginning and end of the web, as in any other part of his.
In order to link an elongated loop hook by using one of the methods described below:

More clearly familiarize yourself with, how to vyvyazyvayut elongated loops may be using the next video:

Solomon loop. These loops are very similar to long, so how to create them and pulled out a loop is not a standard size and a greater length, than usual. little things, by using these loops, out very tender and beautiful, with a pattern similar to a fine mesh openwork. pattern, Solomon created from loops can be connected, eg, shawl, cape, blouse and scarf even. An important rule of all of this knitting, to the canvas looked nice and tidy, knitting is equally sized loops. 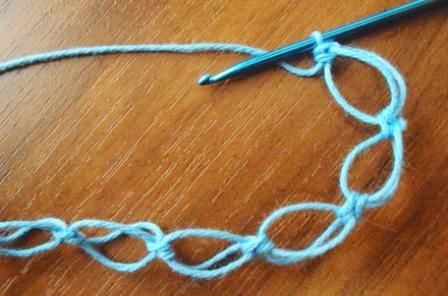 The sequence of creating loops Solomon next:

All of the above loop, apart elongated and Solomon, are the basis of, or the basics of crochet, so for all beginners to master this type of needlework it is very important to first learn their vyvyazyvayut, better yet, if trained to do them.