Self installing a satellite dish

More and more people are switching from cable TV to satellite, it is not surprising, because cable channels list does not always correspond to the wishes of. Besides, It is currently very popular Full HD TV, which provide high quality signal. While, as cable operators can not meet these requirements. Of course, You can connect a digital TV, However, in this case, the channel list will be cut, therefore it is better to give preference to satellite television. 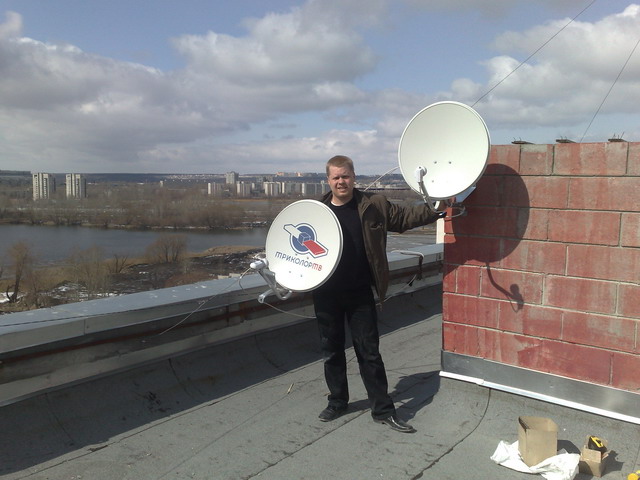 Selection of the satellite

Self installing a satellite dish should be carried out only after, as will be selected by the operator, more accurate satellite, to which it will be "tied" antenna. If we consider this in more detail, that is to say, that the essence of television is to receive a signal from the TV to a satellite positioned in space, and which transmits them to antenna. signal, ringing on antenna, It is sent to the receiver, treated, sometimes decoded and supplied to the television.

It is currently being broadcast as a public, and encoded channels, which can be placed as a separate, and in the channel package, owned satellite operator. To make it convenient to view a large number of channels, transmitted by a single satellite, There are satellite operators. To receive antenna directed to the satellite, wherein, If your companion is another, the likelihood, you will receive the signal and with him, very high. It should also be taken into account and, that if the apartment windows are located not on the selected satellite or under the windows there is - the interfering, the antenna would have to be placed on the roof.

The necessary equipment for a satellite dish

Installing the antenna with your hands

Once the operator is selected, you can proceed to the acquisition of equipment. Usually, it includes:

Thereafter, the installation of the antenna can be considered complete. 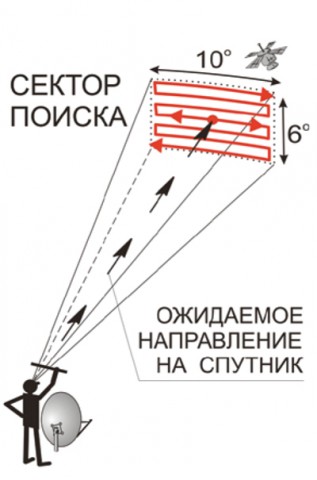 Setting up the antenna

Now let's talk about, how to determine the order, where the antenna is to be directed. In fact, everything is very simple. There are several services, which greatly facilitate the task. Simply select the place on the map, which it is planned to place the antenna, and mark the checkbox and choose a prospective companion.

After that you will be the intended direction. In order to connect the antenna need to wind F - ku at the end of the cable. For this purpose, the insulating layer is cut, bent screen braid, with foil cut off screen, an insulating core cable, and cheat on F - ku. The same manipulations are carried out and with the second end. After that, the first end connected to the convector, and the second to the receiver.

In that case, If several convectors, the first cable connected to them Diseko, and already from it to the receiver. After fixing the antenna and connecting cable is tuned. The direction is carried out using a compass, adjustment depending on the signal level. When the quality signal is obtained, nuts are tightened definitively, cable carefully recorded. It should be noted, that the self-installing a satellite dish should immediately make a loop of cable, to allow water to drain through it.

Installation of spotlights with their hands
Installation of air conditioning wall with their hands
Dishwasher: set their own
Set the washing machine
Separate grounding device
Wiring in the apartment with his hands
Dismantling of a split system
Himself an electrician: sockets and switches
All of ouzo
Fire safety in the apartment above all!
Making profilegiba and bending tool with their own hands
Lighting design of residential premises