Do not inhale, do not smoke! And lithium will help in this 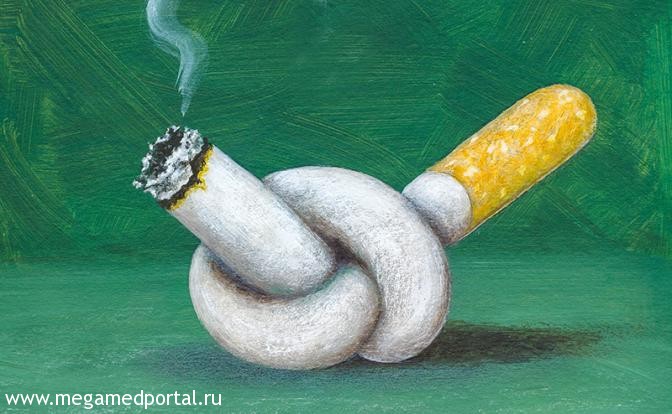 How to give up a bad habit without nicotine withdrawal?

Quitting smoking is very difficult, numerous attempts to quit tobacco often fail at the first serious stress, when a person "just once" picks up a cigarette again, and everything returns to normal. But progress does not stand still! Scientists have found, that the intake of the trace element lithium in an assimilable form, can make it easier to quit smoking, to reduce the duration of nicotine "withdrawal" and get rid of psychological cravings for cigarettes in stressful situations.

As explained by Dr. Akarachkova, smoking is not just a bad habit, and the combination of physiological and psychological dependence on nicotine.

Physiological (she is chemical) addiction to nicotine is explained in the same way, like dependence on any other psychoactive substance. Positive emotions and satisfaction from inhaling cigarette smoke are quickly addictive, because, penetrating into the blood, nicotine affects specific areas of the brain, which leads to the release of adrenaline and imitation of the effects of the "pleasure hormone" dopamine. As a result, a person develops an increase in efficiency and mental activity, combined with an improvement in mood and a feeling of calmness.. However, the effect of nicotine "euphoria" is very short-lived., the artificially induced rise inevitably follows a decline in mood and the smoker's brain asks for a repetition of stimulation. In this case, the body quickly gets used to nicotine and there is a need to increase the dosage..

Psychological addiction to nicotine grows stronger with every cigarette smoked.. So, over time, morning without a cup of coffee and a cigarette ceases to be good, smoking is becoming the only easily available way to relieve stress, pass the waiting time, relieve irritation and relax, reward yourself after work done.

When smoking cessation, physiological withdrawal reaches its maximum on the third or fourth day., then it declines and its symptoms diminish over time and disappear, whereas psychological addiction does not go away by itself and breakdown, provoked by a stressful situation, can occur even years after the last cigarette you smoked.

Lithium is a smoking cessation agent

Medical scientists found out, that taking the trace mineral lithium, a mood stabilizer, can help counteract both forms of smoking addiction (normothymics), which replaces the dopamine effect of nicotine use and relieves withdrawal symptoms, reduces the urge to smoke and prevents relapse. Lithium also has a mild stimulatory effect on the production of the hormone oxytocin., a feeling of security, tranquility, satisfaction, - compensating for the deficiency of these sensations when quitting cigarettes.

Lithium carbonate drugs are used in psychiatry, are sold by prescription only and require monitoring of the concentration of lithium in the blood.

According to Dr. Akarachkova, science does not stand still and more effective and safe lithium salts have been developed recently. In particular, in our country, lithium ascorbate and preparations based on it are allowed for over-the-counter use. The use of lithium ascorbate does not require monitoring of the concentration of lithium in the blood, since it is a secure connection, effective in small doses. Numerous studies have confirmed the safety of lithium ascorbate, therefore, this substance can be used, among other things, in vitamin and mineral complexes.

people, who are determined to quit smoking, it makes sense to pay attention to Normotim - a remedy, containing vitamins and optimal dosage of lithium ascorbate. Its use can contribute to getting rid of nicotine addiction without relapse., stress and pronounced "withdrawal" even during periods of mental stress. And the beneficial bonuses from taking vitamins with lithium ascorbate can improve mood., increased stress resistance, protecting brain cells from aging, improved memory and, even, sleep stabilization.