How to knit mittens 2 needles: video and photo 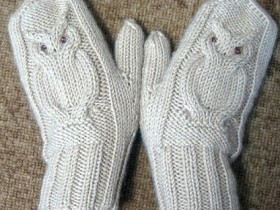 the traditional way, by means of which the majority is considered needlewomen carved mitten knitting them with the hosiery needles in a circle. But there is another option, which many found the most simple, It is the use of the only two spokes. The only drawback of this knitting mittens is, that they will be met with a seam, but it will not spoil them, if you learn how to gently and quietly sew them.

instruction, how to knit mittens on two needles for beginners:

After that, you will learn all the important moments of the process of creating mittens, you can make for yourself and your family with a pattern more complex models, or even with an ornament. An example of one such interesting models, as well as detailed instructions to it is described in the following video: