How to knit patterns: a photo, charts and videos 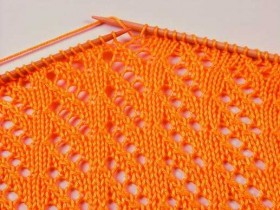 The beauty of knitting is its multi-faceted collection of different patterns, needlewomen generated by different people for a huge amount of time. selection, a variety of patterns so great, that allows you to create for themselves a lot of different types and density products, in this way, that each of them will be unique. According to many masters, Another advantage of this craft is, knit patterns that much easier and faster, than hook. But, in spite of this, in any case be taken to knit should start with the most simple patterns, and filled his hand to continue to develop all the other drawings paintings, belonging to one of the groups the following list:

How to knit a simple pattern spokes

Simple patterns are absolutely not complicated in the implementation of. In order for them to easily do it is only necessary to learn vyvyazyvayut main types of knitting loops, namely, the front and the back loops, since it is a combination of all these loops are made simple drawings paintings. The most common of the simple patterns is stocking and garter.
Stockinet It is one of the most widely used, quite often it is also called the front embroidery, in many fashion magazines can be found and its other name "jersey". For its performance in all ranks of the facial facial loop is knitted, and all backstitches - purl, and in circular knitting loop of each row or facial provyazyvayutsya, or Wrong. 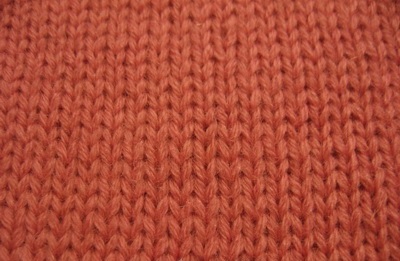 Garter It obtained in view of a bulk, and execute it even easier, what handkerchief, as the only facial created throughout the knitting, or purl loops. Choose knitting method can be, depending on what kind of loop better you get. If garter stitch is performed in a circular knitting, then all odd rows are knitted facial, and the odd purl loops. 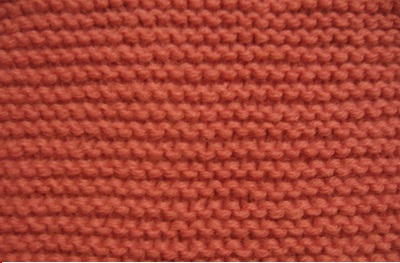 We suggest that you try to tie spokes simple patterns in the following schemes:

How to Knit openwork pattern spokes

In that case, If you want to associate a light and airy little thing, is the best fit almost any of openwork patterns. Such fine patterns are knitted from the yarn and using Figure nakida, so in the end it turns out very delicate and lacy fabrics of incomparable beauty. Very original, eg, in the finished product looks knitted pattern "Sea Foam". 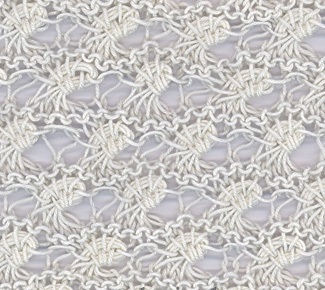 Let us consider, how it is done:

We offer a choice of several beautiful designs and patterns to them: 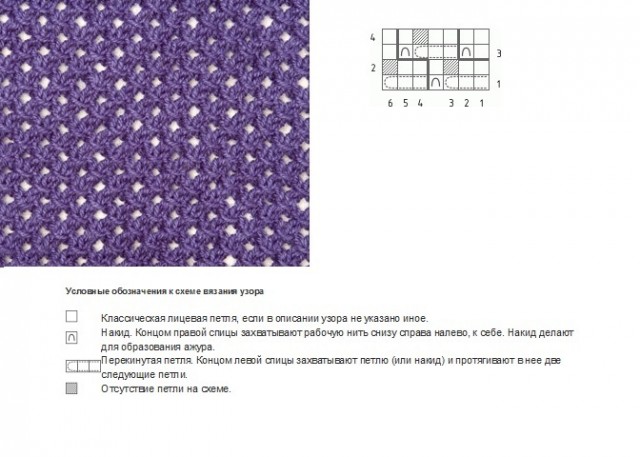 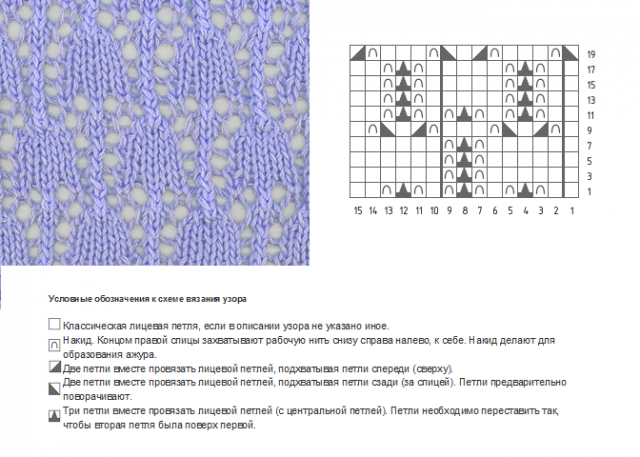 How to Knit a relief patterns

relief patterns, usually, created by certain alternation backstitches and facial loops, and the pattern is obtained through a combination of convex and concave portions on the web. Such patterns are not in any case should not be heat treated using iron, so that they do not lose their prominence. Knit relief patterns must be very careful, so as not to break out of the scheme and not to spoil the basic picture. Consider some pretty popular with relief patterns:

Pearl pattern looks great in these products, as a cardigan, jacket or coat, as well as children's and men's things. The advantages of this pattern may also include its ease of implementation and beautiful equally on both sides of the web. There are two varieties of pearl pattern - is a major, in another, he is also called rice or thread waste, as well as small.
Knit small pearl pattern a bit easier, than a large. 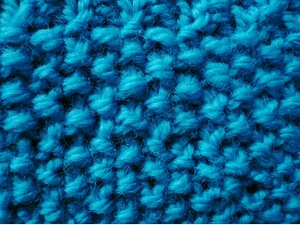 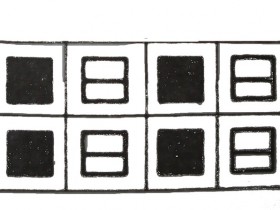 Rice pearl pattern is much the same as the fine with a single distinguish, in, that he seems to be shifted along the track, therefore its implementation will require a bit more of your attention. 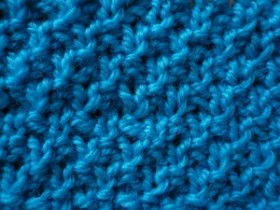 The scheme of knitting large pearl pattern following:
The first and second rows are performed as well as for fine pearl pattern: first in the front row front, Wrong, then the other number Wrong, front.
In the third and subsequent rows, as well as in the second on the wrong front provyazyvaetsya, on the front Wrong. 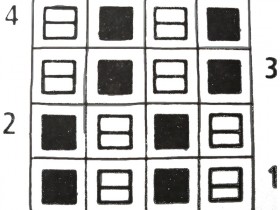 Pattern, resembling a cell makes the product volume, relief and mild. Very nice and gentle turn, eg, children little things, connected according to the scheme of figure. products, where there is a pattern to knit spokes cell better after prewash the sample and measuring the density of knitting, as the canvas, connected in such a way is too soft and very stretched. 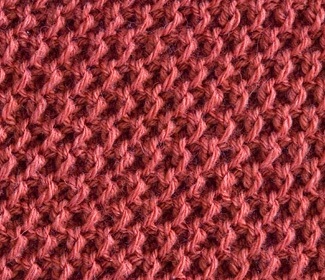 The main condition of the pattern - the number of fabric loops must be even. The scheme of a pattern as a fairly simple, so it will be on forces knit and budding. In each row, alternating loops follows:

Knit pattern learn small cell, a representative of small patterns, you can use the following video:

Another interesting and very popular relief pattern is a pattern of stars. With this pattern can be attributed not only the blouses of different styles, but also very beautiful hat will look for girls. 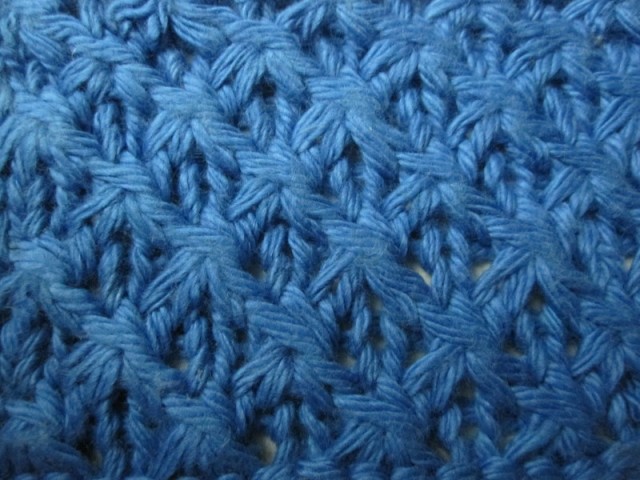 Knit pattern sprocket necessary according to the following scheme:

How to Knit pattern spokes braids 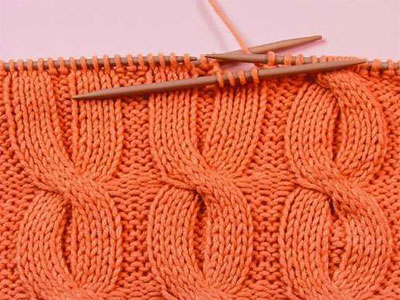 To braid knitting pattern commonly uses a special auxiliary needle, which differs from the usual, the, that a small area in the middle of her slightly arched, to tabs will not fall from it. If such needles not available, you can use and needle, taken from the set of stockings. graphics options using this pattern quite a lot, so with him very well looked not only women veshchichki, but also a men's sweater. At first glance it may seem, that knit braid pattern spokes incredibly difficult, but a bit of skill and patience, and even this element will easily succumb. The classic and most common braid is as follows:
In order to pattern turned, the number of loops necessary to select multiple 11 + 4 loops provyazyvaniya edge and symmetry. Figure provyazyvaetsya itself according to the following scheme:

How to knit a pattern of bumps spokes

Shishechka pattern can be a wonderful decoration of any product, it can be and headgear, and waistcoats, and blouses, and jackets, In addition, it looks great in combination, and other patterns. Knit pattern bumps spoke not so difficult, all the more so ways to do this abound. Consider a few of them:

How to Knit Pattern corn spokes

Another type of pattern in the form of nubs is drawing "kukuruzka". Provyazyvaetsya it with the covers loops. In most cases, the pattern used to create caps or other outerwear. 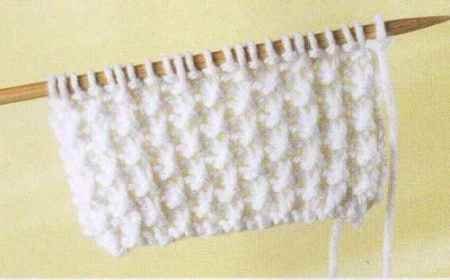 To perform the pattern dialed the number of loops must be divisible by three plus 5 loops for additional knitting loops and edge. Then follows figure provyazyvaem:

multicolour, and jacquard patterns with ornament

Unlike multi-colored patterns on jacquard is, the first can be linked using any stitch, and the latter are made essentially only the front embroidery.

Many multi-colored patterns to knit a lot easier, than jacquard. With the introduction of new colors can be made brighter and more advantageously individual elements of patterns.
We offer a couple of video tutorials, telling both knitted multicolored patterns:

Jacquard pattern spokes: how to knit

Initially jacquard patterns tally skilled workers using only two colors of yarn, but at the moment there is already a number of schemes, where there is a lot more shades. Jacquard patterns look fantastically beautiful and can complement absolutely any product. Representatives of these patterns are Irish and Norwegian. Fabric with jacquard pattern, usually, knitted stocking st, that is, on the front side of the front loop, to purl - purl. This is done, to figure it easier to see and nothing to distract from his eyes. Most often, such patterns are knitted of finer yarn. The hardest part of the implementation of the product - it does not pull the thread, fixed on the wrong side, and at the same time does not make them too loose. Knit jacquard pattern spokes should be very carefully, adhering to the scheme. Let us consider the circuit performing the following two-color jacquard pattern, which is perfect for decorating, eg, mittens or scarf. Knit this pattern should be clearly under the scheme, provyazyvaya the required number of loops in a row, first one then the other color. 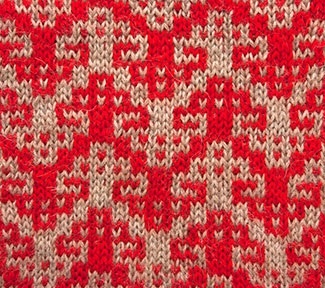 Knitting needles ornaments is especially popular in the manufacture of children's veshchichek, but also widely used in the creation of various products for adults. Vyvyazanny in the product pattern is very similar to embroidery and looks very impressive. Quite often the motives of drawings taken from folk art, but can be used if desired, and the more modern variants, or draw a picture of yourself and place it on the paper in the cage. As for jacquard patterns, the main viscous for things with ornaments, a stocking. Vyvyazyvayut these drawings is possible using only two colors of yarn, one for the main canvas, and another for himself drawing, or make the image colorful and more colorful, including the work of three or more colors. Very good looks ornament on things, as the cap, socks and mittens. Your attention we offer several schemes rather interesting patterns with ornament: 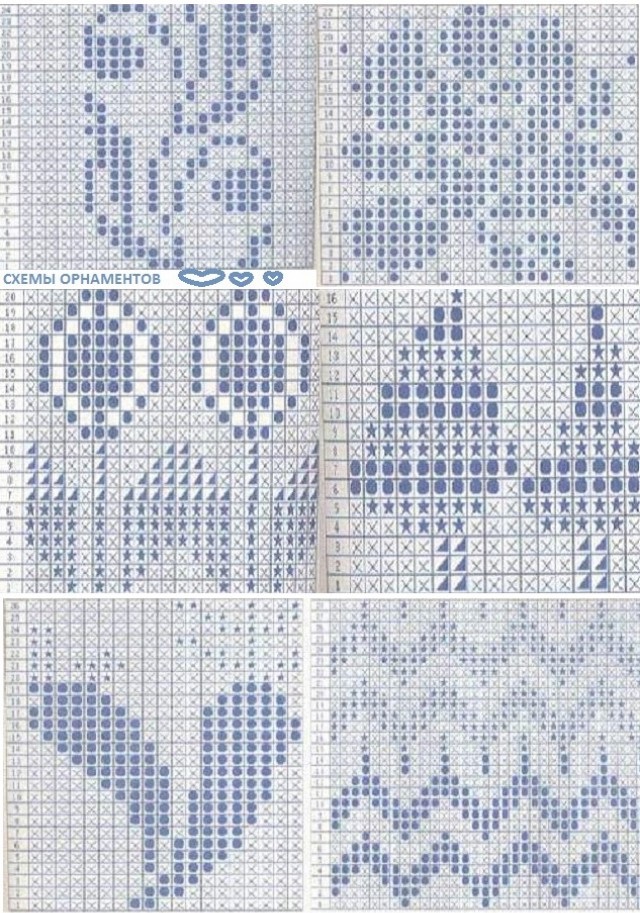 Unlike patent patterns from all the others is, that both the front, and on the reverse side of the sheet product is obtained in exactly the same. The advantage of knitted fabrics using such patterns also lies in its elasticity. A striking example is the pattern of patent, eg, bubble gum.
Example knitting patent gum you can see in the following video:

You can also try to associate yourself with patent fabric pattern, guided by the following scheme: 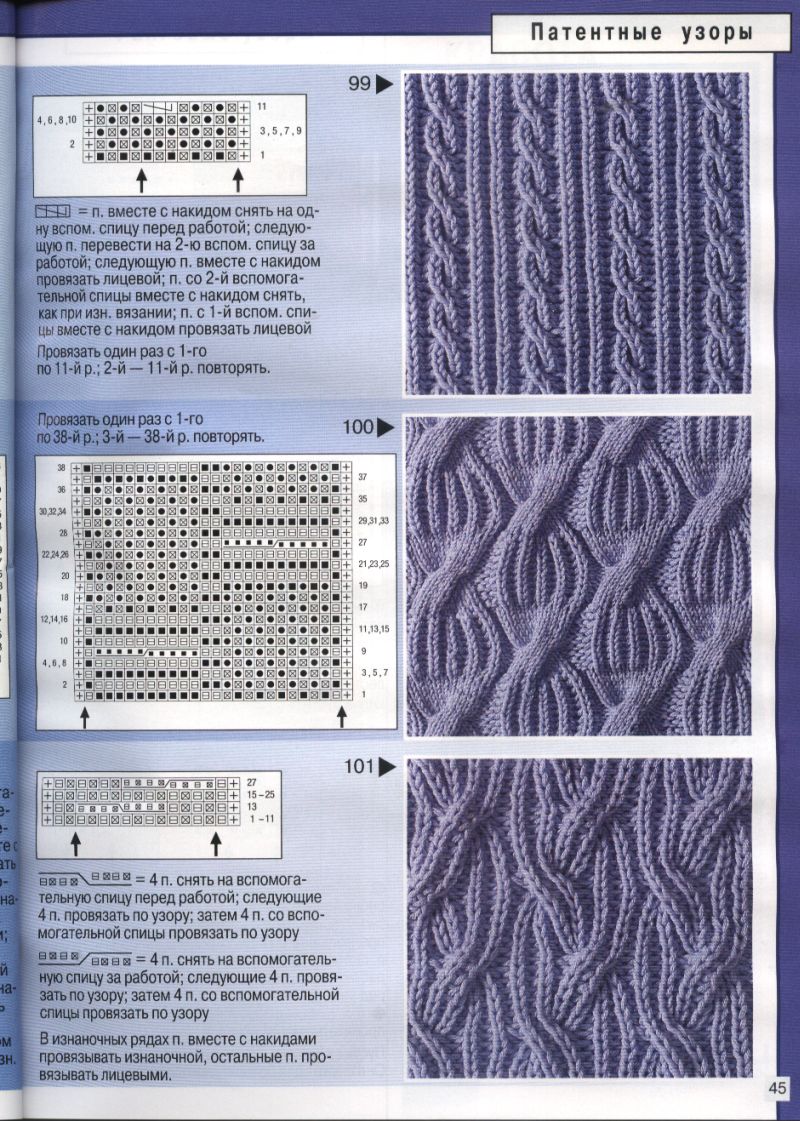 All knitting patterns on your good, the main thing to find a suitable and corresponding to the selected product model and every thing will look just fine.