How to Knit Gloves 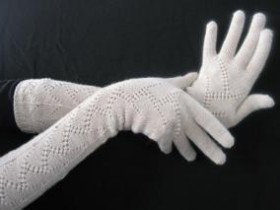 Knitted gloves for cold winter, a cool summer will always find its place in any wardrobe and will fall at, by the way, for women, so for the man and child, Therefore, learn to tie this useful piece of clothing will be very useful, as the product, created with their own hands is always nice to wear, especially, they are masters of precisely according to size and taste preferences of the future owner. Knit gloves are different ways, but the most common is via spokes hosiery. For needlewomen recently started knit, create a process glove it may seem at first glance incredibly difficult. In fact, of course, work time-consuming and require a lot of attention, but also to learn to do it is quite possible, To do this, just be patient and learn the basic principles of its.

How to knit gloves hosiery needles: general rules and recommendations

For all beginners to start learning masters always recommended to create small things. So in this case it is better to first try to tie spokes children's gloves, therefore, consider the example of the creation of all the main stages and the secrets of creating this product for grasping the handle 13 cm:

The same scheme can be created as male, and women's gloves. To this end, it is only necessary to adjust the size, and choose the appropriate pattern.

Knit Women's gloves from the bottom up, from the cuff to the fingers 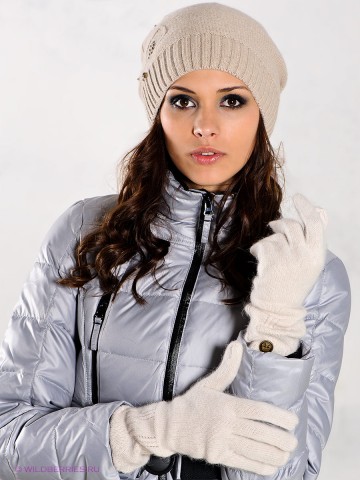 This product is fit for grasping hands 20 cm, thin woolen yarns in the following sequence:

The following example is offered to view video, how to knit gloves for women: 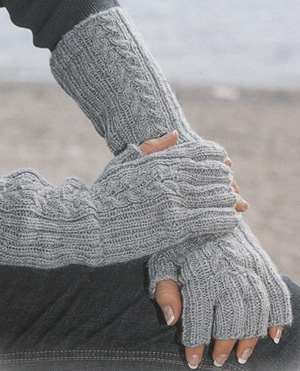 How to tie spokes fingerless gloves

very fashionable, particularly among young people, recently it began to acquire in addition to his wardrobe fingerless gloves. Make this no ordinary model is much easier, than its ancestors, as in this case, did not need the ability to bind fingers. Knit gloves without fingers as necessary as described in the second method, since the cuff, and in places beginning fingers loops simply closed. Once the product is ready to start at the edges of his fingers can tie the hook connecting columns.