How to knit socks hook 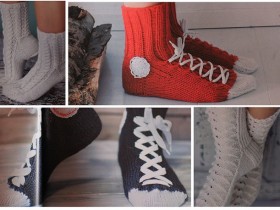 Warm socks and thinner for small children, associated spokes are more traditional, and many skilled workers even believe this method is easier and faster. But still want to please lovers of crochet, that the process of knitting socks, with this tool is also not very difficult, and for some it may even seem more fun and easy. In addition, the products obtained by a hook at least comfortable and beautiful, it is only necessary to know how to make them. Let us consider the process of creating this product.

How to knit socks crochet for beginners 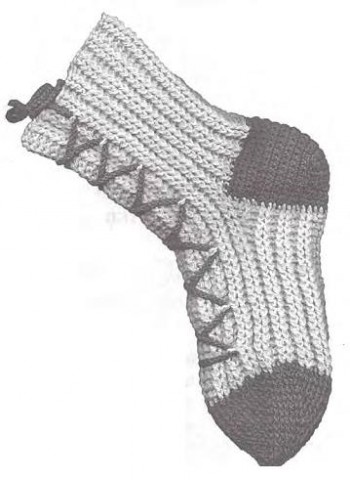 As well as knitting needles with a hook, you can start to knit socks from the cuff. We are invited to contact the following model:

The length of the foot in these socks is found to be 25 cm. knitting pattern scheme is as follows:

In order to make it easier to learn how to knit socks in this way, we suggest you review the following video:

For children better toes knit without seams for, so they do not rub gentle kids legs. Very good and easy way to the next, allowing learning to knit socks from the toe hook, even for beginners only:

Cuff banded by the following scheme:

socks, connected in this manner is soft and pretty, and it is possible to associate in the same manner if desired, men's socks or pair of female. To do this, we just have to make the necessary measurements and choose the appropriate thread color.