How to Knit a washcloth hook round, nursery: scheme, video 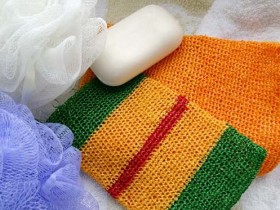 Hand Crochet offers a thousand different possibilities make for yourself or as a gift a variety of things. So, eg, with special thread and the hook can be connected even loofah virtually any shape and size. And it will make absolutely no hard, since they do basically the simplest bindings. The only drawback may be the only unusually tight thread, but you can get used to it and adapt. Therefore, learn to crochet washcloth will be easy, even for beginners. Knit wool can be made of synthetic polypropylene thread, rapier, flax yarn or sisal, and a hook for them to take better thicker, so they do not get too stiff. Consider a few examples of different knitting patterns and sturdiness.

Peeling very well suited washcloths, mittens connected in the form of round or. For them, taken harder thread, eg, polypropylene or nylon, but if the skin is very sensitive, it is better to use sisal. The easiest way to crochet washcloth round, so let's start learning tinkering it is with her.

Knit round sponges can also dishwashing.

The principle of knitting washcloths mittens same as, if it is knit from the usual thread, but in order to simplify the work and not bother to provyazyvaniya thumb, better to do it without him. To do this, perform the following steps:

Sponge for the back, crocheted 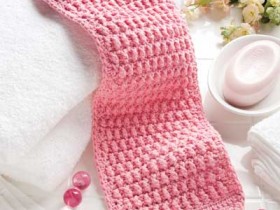 To back loofah better to do long, rectangular or oval. In this example, we shall learn loofah knit crochet as a long rectangle:

Baby washcloths are made from softer thread, eg, flax, or sisal, in order that they may not injure the delicate skin of baby. For kids such products create better of bright thread, as well as using several colors. They can do in the form of balls, rectangles, etc.. But the most spectacular, of course, will washcloths toys, hooked. Consider a couple of examples of sponges for kids.

For such a washcloth is better to take a colorful melange yarn, consisting 100% cotton and a hook with №5-5,5. knitting process consists of the following steps:

This sponge is a boon for small children, as it looks colorful and fun. 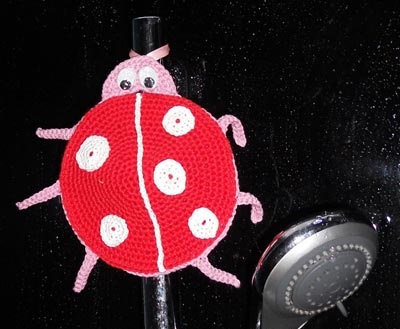 For such a washcloth, you must first link multiple parts: lower part, dots and an upper part. The sequence of the job next:

How you managed to make learning to knit washcloths on their own quickly and easily, and the process itself is very entertaining and takes very little time.