How to knit braids: a photo, charts and videos 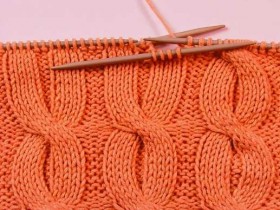 Very beautiful patterns are obtained, resembling real pigtails. Decorating this pattern can be and baby, women and even men veshchichki. Virtually any product pattern braid will look quite impressive and attractive, and equally interesting is this binding, as a separate element, and the combination of different intricate designs. In order to tie braids spokes need some skill, special auxiliary needle and, of course, Some knowledge of the secrets of its creation.

How to knit braids: Tips for Beginners

Before you begin knit products, where one of the main elements of the pattern is pattern "spit" should be aware of the following:

How to knit a double braid needles

Double-spoke Xhosa is the most basic representative of this pattern and the complexity of the implementation is considered to be the most simple and consists of two weaves. View a similar pattern can be changed, making pigtail narrower, either increasing or decreasing the distance between the ground pattern. Let us consider a couple of examples, showing how a double knit braid needles.

For this pattern the number of all dialed loop, less 2 edge and 3 symmetry of loops must be divisible by 12. The first few rows are made to form the initial pattern type, then provyazyvayutsya themselves weave. All work is carried out as follows:

Use the following videos offer become more familiar with the, how to knit a double-spoke bi-plait:

Above presented patterns of braid are rather bulky. Below we present to your attention another example of, how to knit bulky braids spokes. In this case, the expense of another combination backstitches and facial loops, which is dominated by facial, a relief pattern is obtained: 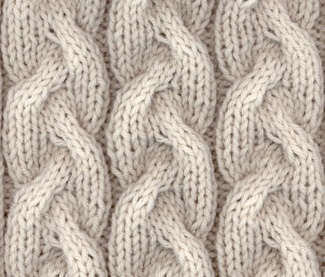 How to knit a wide braids spokes or triple

Wonderful decoration knitted blouse, cardigan even cap can be pattern, made in the form of wide or triple braids. An example of such a pattern is pattern "Royal braid". 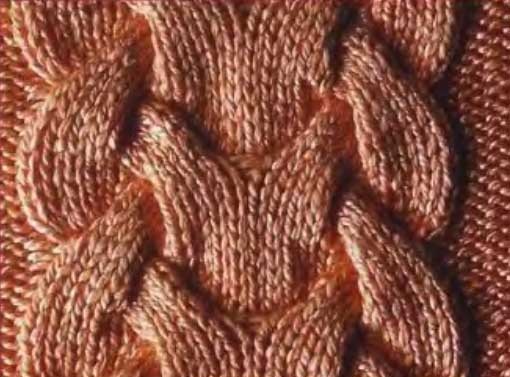 The basis for product, created with a similar pattern, It is taken from the surface of backstitches or facial loops. The number of stitches for the pattern taken fold 30. The following actions are performed to create a picture:

At first glance it may seem, that knit braid is extremely difficult, but actually it is not so, we just have a little bit to adjust to the specifics of the creation of this pattern and all of its variations and patterns with them will succumb to the first time.