How to weave Baubles of floss: sites, means, instruction for beginners with photos and video 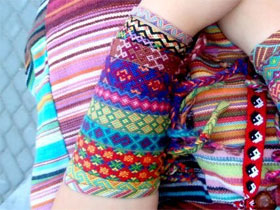 The idea of ​​creating baubles has its roots in North America. We have come up with these wonderful ornaments in the form of bracelets Indians, that creating Fenichka, We gave it a special meaning and gives her the strength mascot friendship. In consequence of all the traditions associated with braided bracelets friendship and love hippies took over and brought in their own corrections. Currently Baubles become quite common decoration, which can even be purchased in stores. But still weave a bracelet for myself for many remains much more interesting occupation, you buy it off the shelf. Since in this case it can be done individually for themselves according to their tastes and preferences, In addition such a product can be a great little presents, so how to get little things, hand made always pleasant. Fenichka weave by using different materials, but one of the most common are the thread floss. Do it yourself, even for beginners not so difficult, most importantly choose the most suitable and easier way.

The first step is to start training and to weave Baubles of floss, beginners will need to purchase the following materials for work:

After that, choose the most convenient way of fastening thread, needed for the work. Let us consider a few of them:

In each of the methods is necessary yarn advance properly distributed in color according to the selected weave pattern of floss fenechki.

Are the basis of netting of each Fenichka sites, that is, their ability to do. Memorizing the basic techniques involved nodes, and their symbols to any beginner will be fairly easy to understand, and in all schemes of weaving baubles. The most common are the following sites:

You were shown the most simple components and instructions to them, learning how to do that every beginner will be able to weave Baubles of floss with a simple pattern, and then begin to learn to do something more complicated, selecting one of the favorite ways.

The most common and popular braiding techniques are direct and oblique weave. With direct weave are made more complex patterns, forming various patterns, and the method of oblique weaving baubles of floss is well suited for beginners and only an exciting experience, so the first thing we consider is his. 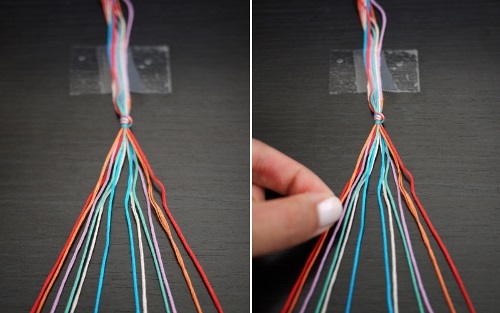 The yarns are arranged in pairs of colors relative to each other, since the middle of the product and ending its edge. After the thread distributed correctly fastened their start selected method and the following steps are performed:

When weaving fenechki direct way of floss operating beam filaments as it is divided into two groups, on the plain thread, It is the basis for fenechki and multicolored background pattern and, wherein the thread length is increased for a picture depending on how he will be close. The essence of weaving products in this way is, that the pattern thread twist yarn base according to the scheme. nor, fenechki chosen for the creation of a direct braided floss attached in the following sequence, first ones, that will bind base, ie drawing vyvyazyvayut, and after the main thread and the background, i.e, those with which the pattern begins. We consider in detail the process of manufacturing a direct weave fenechki the following example.

As fenechki weave pattern of floss with "reduced": 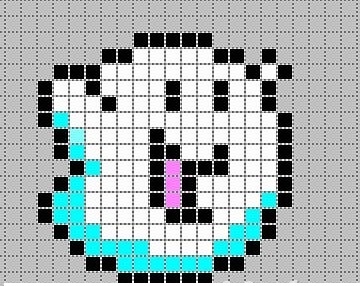 How to weave Baubles of floss with names 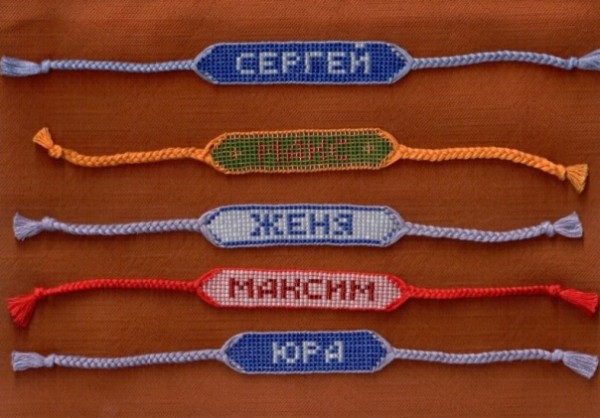 Fenechki of floss with names weaved through two types of units, shown in the following scheme:

The easiest way to weave Baubles of floss for beginners with an inscription will, if you use only two colors. In more detail how to do this, consider the example of weaving letters A:

Once you master the basic skills of weaving baubles floss, you can safely begin to develop more complex schemes or even create your. Your attention we offer to use one of the following schemes: 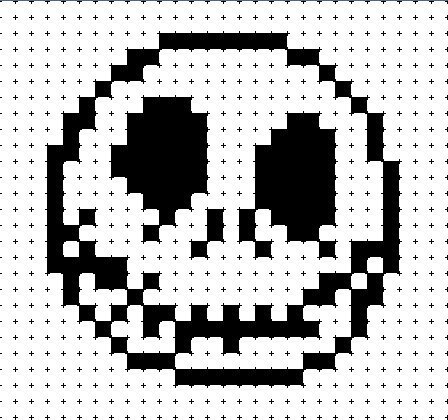 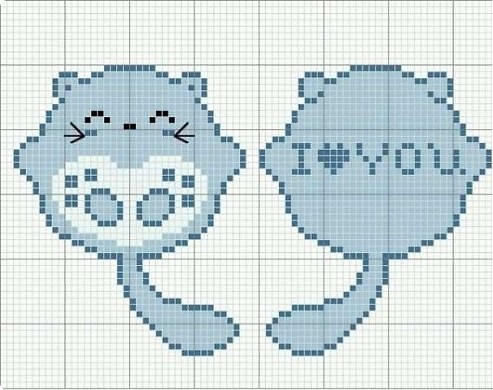 Weave fenichek of floss albeit a bit time-consuming, but still an exciting experience. Having trained and filled his hand with this type of needlework can do for themselves, and for their loved ones many beautiful bracelets, who will always be pleasing to the eye.