How to make a star of paper volume with his own hands, origami: diagrams and instructions 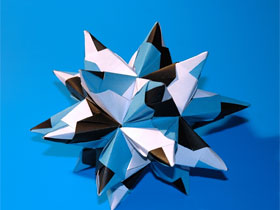 When coming to a festival and you want to give your family or friends anything unusual, or just some free time, you can feel free to devote to their children and work out with them something interesting, perfect solution will, eg, make a star out of the volume of paper with his own hands, the more that exercise is not too difficult, and ways how to make such crafts abound. Consider a couple of the most simple of them.

To make bulk star in this manner, you will need a paper glue stick, colored paper, scissors and a pencil. 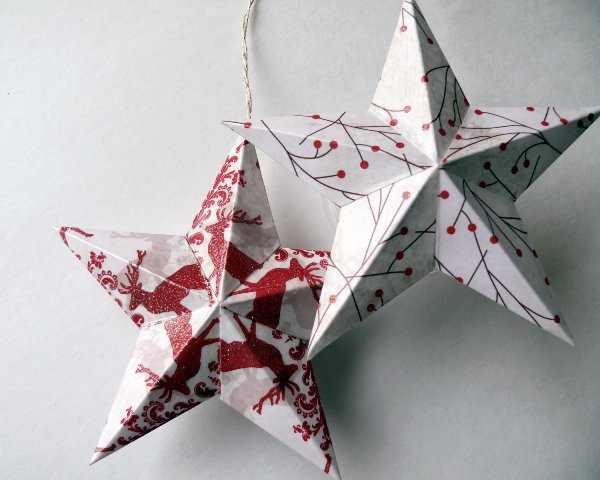 After the hand already has all the necessary material can begin to the process:

Using origami paper art star volumetric done without using glue. In order to make it would be necessary only square pieces of paper, and their number should be equal to eight, as the eight-pointed star, a little more care to work and manual dexterity. And so in order, to make three-dimensional star with their hands should be prepared 8 identical parts, parts of future products, what should perform the following steps:

How do you have time to make sure the volume a star with his own hands is very simple and easy, and the finished product can safely give to all the New Year's holidays, days lovers and defenders of the fatherland, and just as little Souvenir, create yourself.